Type of a scam Employment

I applied for a receptionist position on Indeed.com with Fair Plan Insurance Company of PA. I was contacted via email by a Richard Morgan, who claimed he was from the company’s human resources department. I was told the position I applied for was filled, but then was offered a personal assistant position. I was told I would be working for the CEO, a Mr. Allan H.T. Crosbie. I was told by Mr. Crosbie that a check would be sent to me, and that I was to deduct $400 from it for my pay, and then with the rest I would do what he instructed. I received it on August 31st, deposited it on September 3rd, and then bought $1000 worth of gift cards as he instructed me to do. I was then told to scratch off the back of each card, revealing the numbers and pins, and then take pictures of them and send them to him via text message. On September 6th, my bank returned the check, stating that it was a fraudulent check. My bank account is now seriously overdrawn as a result. I have filed an incident report with the bank itself, as well as complaints with the FTC and the USPS.

Tiffany – Victim Location 34228 Type of a scam Charity We received a letter today stating that my father "per phone conversation" made a pledge of $20.00 on 6/22/17. My father died in 1985. After speaking to a rep, I learned that only 10% of contributions actually go to the police.

Roy – Victim Location 35214 Type of a scam Healthcare/Medicaid/Medicare Carla *** and Mark *** arrived at my dads home unannounced, with supposed insurance plans for him to choose from. Be advised that my father, *** ***, has Viva Medicare coverage, and he has not initiated a change of policy. My father supplied the individuals…

Savannah – Victim Location 55316 Type of a scam Debt Collections A so-called company called VDS Solutions (supposedly law firm) located in Miami, FL is calling daily from different area codes and phone numbers- a woman with a foreign accent claims she is working on a case against me–needs immediate attention–need to call 1-888-967-7130. They… 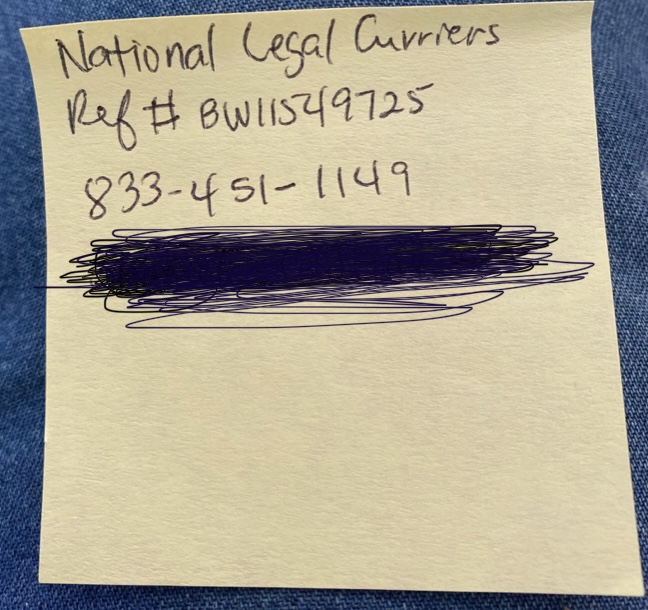 Joe – Nov 10, 2020 I received a call from the very same “Company” No number shown and claimed that someone had listed me as a point of contact?! What alarmed me was the person’s name they used was the very same person that leased our house in 2008! Allison – Nov 05, 2020 I…

Kristi – Victim Location 76060 Type of a scam Employment I was contacted about working from home.After realizing they don’t construct payroll business they just offer to send a check or deposit to your bank, I’m skeptic.I am to await for packages to come to my home and check for damages then ship items to…