I was contacted by a fb friend asking if I had been contacted by a Evgenia Rukovishnikoff from FB, bcuz my name showed up on the list to win $150,000. This woman contacted me telling me that I had won and as soon as I made payment of $1000. to pay delivery fee, & taxes, & filled out an app with info such as name,address,dob,cell#,monthly income,email,hearing or deaf,occupation,gender,own or rent & cash or check so Fed Ex delivery could find me, they would deliver the money box with my winnings to me directly. I was told that I had to keep the winnings to myself until delivery was made for security reasons and home invasion protection. I told her I didnt have that kind of $$$ and only had maybe $100.00 to my name that I could send and she said couldnt I make it $200.00. When I asked her if she was reading any off my texts cuz I said that was all I had, she then said I could send that and she would help me with the rest which I could pay when I received the winnings. My husband wanted to know why they were only asking for $1000. for taxes cuz it would be alot more, her reply was that I hadnt told her how much I wanted and that would determun how much we paid. So I could go as high as asking for $ 500.000.00 if I paid $5000. I was to go to a Western Union station and ask to send one out to a Judy Taylor in Murfreesboro, TN. I called the BBB in TN and they confermed this a scam and echoed everything I already knew. IF IT SOUNDS TO GOOD TO B TRUE, IT PROBABLY IS. Anytime you are contacted about any winnings, and they ask for $$$ of any amount its a scam. If youve won there will be no request for an exchange of money. Any legitimate prize patrol will arrive in person, or you will first b notified by written mail. THEY WILL NEVER EVER ask you to provide your personal information over the phone or internet EVER. REPORT ALL ACTIVITY TO THE BBB.

Alan – Oct 16, 2020 I ordered some things for 15€ and they attempted to charge more than 144€ (they added items to my order).I have been waiting the package for 4 months and I have received nothing yet. Besides, it’s imposible make contact with them. Lance – Sep 27, 2020 I wanted to buy… 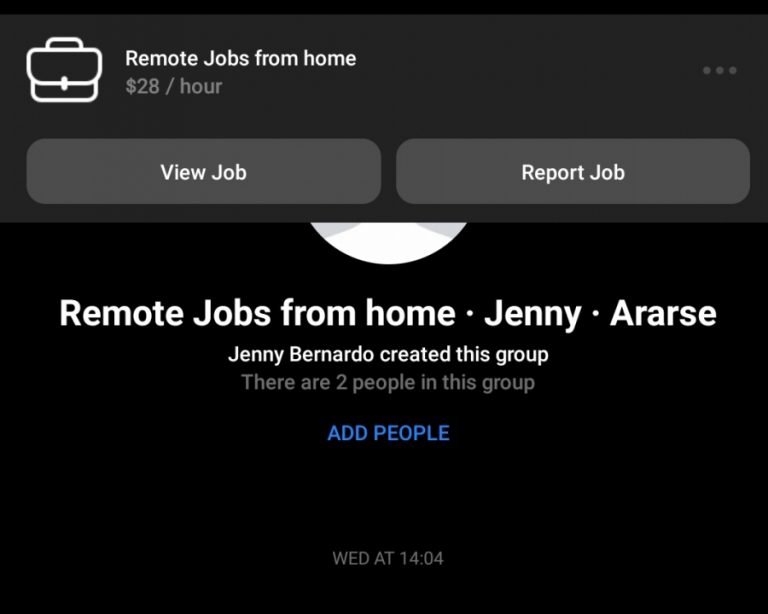 Austin – Jan 07, 2021 I genuinely looking around FB jobs and come across an ad. It looked normal and casual and I got a reply from them a hours later. So I played along as I knew it was already sketchy from the start. Look at pics for more. Just be aware, everyone! Carly…

Cindy – Victim Location 30252 Total money lost $700 Type of a scam Credit Repair/Debt Relief My husband and I were facing some financial hardships and needed help in filing for a loan modification and help to stop foreclosure on our home. Devin reached out to us so willing to help and referred us to…

Kristi – Type of a scam Employment I initially applied to a local customer service assistant opportunity in Edmonton, Alberta Canada. I received a response from [email protected] asking me to fill out an online application form at https://fbe.monster/careers/index.php I was approved to take part in a two week trial contract to prove my value. Since…

Brian – Jul 31, 2020 Victim Location 79928 Total money lost $125 Type of a scam Online Purchase People have been buying shoes from this website but have never received their packages, My order has been processing for weeks now which leads me to believe that I am not receiving my package either. The website…

Alex – Victim Location 23112 Type of a scam Employment The email below was sent to me. After further investigation, there is nothing about this company on the internet, except it’s own website, and several of the people listed as employees don’t exist. I believe they were either going to over pay me and ask…