Type of a scam Investment

Carter Townsend offered to invest $5,000 in cypto currency until February 2018 guaranteeing my principle. Also, he came back and asked for an addition 5,000 loan, so that he could invest it as earnest money for the purchase of a commercial property in which he would flip guaranteeing my principle plus a percentage of the proceeds in a single interest payment by October 1, 2018. I was reluctant, but he insisted that I would get all of my money back by a certain date. He took the funds in cash and offered no written contract stating his intentions. I had no reason not to trust him at this time, until October 1, 2018 came around and I began asking for the funds to be returned to me. I explained to him how I had to use credit cards to supplement my savings that I loaned him for his investment, but he assured me that the money I would gain would offset it. He asked for my personal information, so that he could build a credit file on me and monitor my credit, which I believe he wanted to use as leverage for his scam to keep my so called investment money and loan money, which never bought a property, or went into cypto currency. Every time I called him for an explanation he gave me a new excuse as to why he couldn’t return the money back to me. Then he wanted me to take out another loan to give him more time with my money and put me further into depth. I watched him ruin my credit not fix it. I also, had to postpone a surgery since he took my savings. After almost 2 months of his elusive behavior regarding my request to have the funds returned. He decided to no longer return any of my phone calls. He knew I was in the middle of a bad divorce which involved a bankruptcy and awaiting to have a difficult surgery and. He used it to his advantage to scam me out of $10,000.

Samuel – Victim Location 07724 Total money lost $114.79 Type of a scam Online Purchase There was an ad via Instagram for discount winter coats (Canada Goose) jackets which are very expensive jackets. The ad was being promoted via Instagram. I clicked on the ad to see pricing of the Canada Goose jackets, they were…

Erin – Victim Location 15221 Total money lost $26.81 Type of a scam Online Purchase Item offered through Facebook marketing. Thousands of people responded, some said they had great items and no problems. The page is now missing and I have no shipping information or any knowledge of the items or shops actual existence. The… 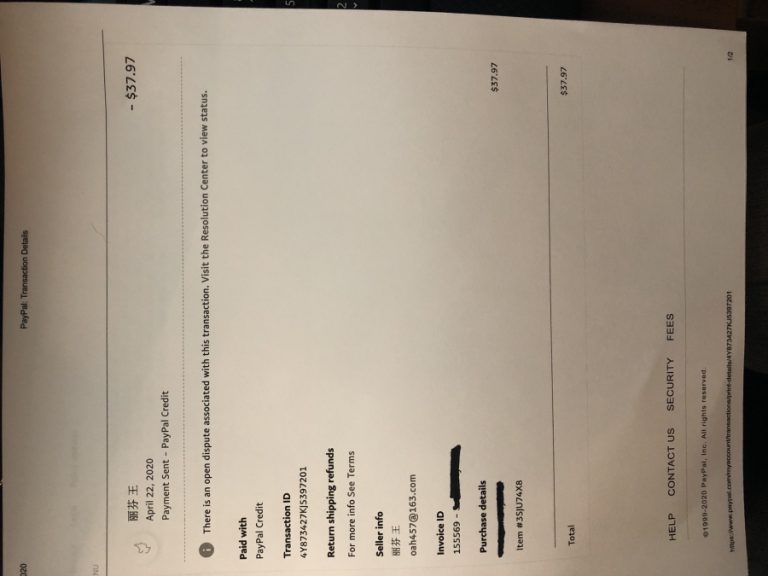 Chad – May 16, 2020 UNFORTUNATELY I fell victim to this SCAM as well 🤦‍♀️. I ordered several types of cleaning and paper products about a month ago because people went APE $)-( ¡t and was buying EVERYTHING off the shelves and I live with someone with a comprised emmune system 😷and needed this ….

Jay – Victim Location 77493 Type of a scam Other Purchased copy of Microsoft Windows 7 Ultimate edition software for download online and received bad product key. Asked for a Certificate of Authencity which Microsoft issues with their valid software and was told only get a product key which they type into your email for…

Armando – Aug 24, 2020 Victim Location 40243 Type of a scam Fake Invoice/Supplier Bill The company sent me a notice that I need to renew my domain name for the business. I already have a different company that we work with that provides us with correct domain.

Kimberly – Aug 19, 2020 Victim Location 23834 Total money lost $3,000 Type of a scam Online Purchase This auto dealership tells you to contact annajhorton.comcast.net for further details she/he sends pictures then tells you they want to conduct business through eBay…the fake invoice comes in with directions you follow them and I tried to…