Bought airlines tickets, supposedly with United Airlines, through a supposedly secure website (cheapticketsfares.com), on 03/24/17. I made a mistake on the ticket, so attempted to contact the company and change it. The number was not valid, so I googled United Airlines number, called customer service, canceled the original order with full refund, and ordered new tickets over the phone. Immediately I received a call from Pennsylvania number (267-486-9001), saying the tickets had declined, and we would need to order them again. We tried to order again, and again it declined. At this point, we called the bank, they said the original tickets for $613.20 had gone through, no refund was shown, and there were two other attempted transactions, one from United for 613.20 that declined, and one from Travel Agency Services, for $800, which also declined. We told them to cancel all tickets, refund the money, and make it all right. Even though we reported the scam to numerous agents with United Airlines and whoever else it was, no one was at all concerned about it. Today, 03/29/17, the money finally refunded into our account, but we are still getting calls from the Pennsylvania number, asking us to pay for the tickets they have on hold for us!! I will never be using United Airlines again, and certainly never using the website Cheap Tickets Fares either.

Ruth – Victim Location 38601 Total money lost $150 Type of a scam Advance Fee Loan Hi I was after a loan, and came across this website – https://siglernetworking.com to obtain one. I sent them an online enquiry, and they got back to me and provided me with a contract. At first, it seemed ok,…

Jill – Victim Location 37211 Type of a scam Tech Support Alex stated he was with Tech Aid and my computer was sending messages that I had downloaded dangerous files from the internet. He gave his phone number as 888-295-1115. I’ve told them multiple times to put our number on the do not call list…

Douglas – Jan 02, 2021 Definitely rubbish and scam, please if you read this DO NOT TRUST ANY WORDS FROM THEM. cost me 250 pounds and very rude and mean, every single one of them is just asking for more money. Eric Johnson, Jacob, all [censored]ing rubbish. Samuel – Dec 14, 2020 I was scammed… 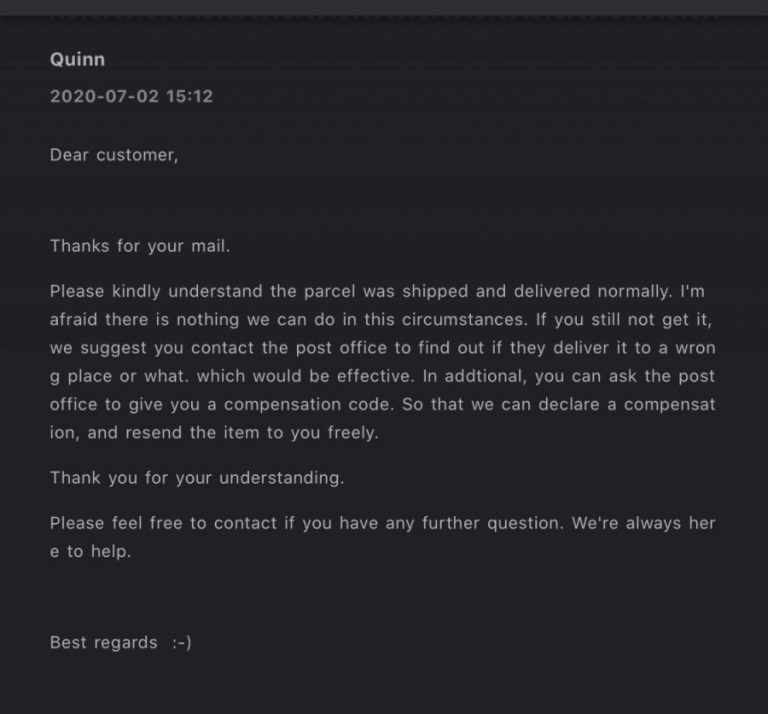 Megan – Jul 27, 2020 Unlike others on here, I got my order. 10 weeks after the 4 week time period their site promises will be the longest it would take. What showed up was complete junk, and some of the items were not what I ordered. When I complained, I was told those items…

Haley – Type of a scam Tech Support I was installing Microsoft Office and an error message popped up with a phone #. Assuming because it was a Microsoft product – I was calling Microsoft. I was speaking to a guy from ITechBrigade. I found this out when he tried to run my credit card….