George Dixon, also known as Maurice Dixon, is an alleged contractor. He used thumbtack.com to get leads. When I started working with him as an "employee," he opened up a Thumbtack account in my name with my email address so that he could double the amount of leads that he received. He had some of his clients write out checks to me personally and asked me to cash them, saying that because they saw my name on Thumbtack as the contractor, that they would need to write the check out to me. He told people that he was the "Chief Project Guy," instead of the owner of the company, which he really is. After having me cash a couple of checks in my name, he would not refund people their money and/or would not show up to their homes. He has also asked customers to write checks to himself, Dirtmasters, and also Irrigation Experts. I had to pay one of his clients back $500 out of my own pocket to show that I am not a part of the scam, that I am a victim as well, and George knowing this, also refuses to refund me. He not only scammed me but many customers as well. More proof: http://www.yellowbot.com/dixon-landscaping-and-consulting-norcross-ga.html

This is a lying [censored] name Laquanda Gill Jones who was broke and nearly evicted from her home I gave her $5000.00 of my hard working money that me and my employees worked for everyday …that couldn’t keep a job to saved her life…she was fired from State Farm …Walmart…and also Dirtmasters Inc because she couldn’t follow directions to save her soul…her husband even left her because she is selfish scammer SOB …and then lied that I pushed her neck and had George Dixon nearly falsely arrested …but the charges were dropped…but her days of karma will be justified through God for that liar…she moved to Destin Florida and got fired on two months on the job and called George Dixon begging for money she have already lied about…I hope one day she will get what she asked for…she worked for me over 2 years and benefited and when I didn’t want to be in a relationship because she doesn’t keep her house clean as well as other things I kicked her to the curb and still kept her employed…but her conniving behind wasn’t grateful…then told the judge I made hundreds of thousands of dollars and she wanted to sue me for 6K because she was broke … I met her nearly homeless behind at my condo at 12 hotel and she was really looking for someone to take care of her …who is the damn scammer

Edwin – Apr 24, 2020 Victim Location 22030 Type of a scam Online Purchase Website seemed legit, emailed for more information on westie puppy. They immediately replied and initially it seemed very real but red flags started coming up. 1. The email font changes colors like someone copy and pasted. 2. No name on email….

Johnny – Victim Location 57103 Total money lost $35 Type of a scam Online Purchase Do not order from Mod Bikinis, they are a scam. I never received the merchandise. My card was charged from Fab Fashion,LLC. They will not reply to any messages sent and no refund or customer service contact info. Business is…

Bryan – Victim Location 43003 Type of a scam Debt Collections I was called on my cell # at 8:47 A.M. and then again at 11:07 A.M. saying it was a deputy calling about my social security and I need to call back before it was turned of to legal action. The person said that…

Eddie – Victim Location 12571 Type of a scam Credit Repair/Debt Relief Claims to reduce student loan debt with authority granted by President Obama. Starts off as a recorded message and then press 1 to speak to a live agent who immediately asks for your name. It was a woman with a foreign accent. When… 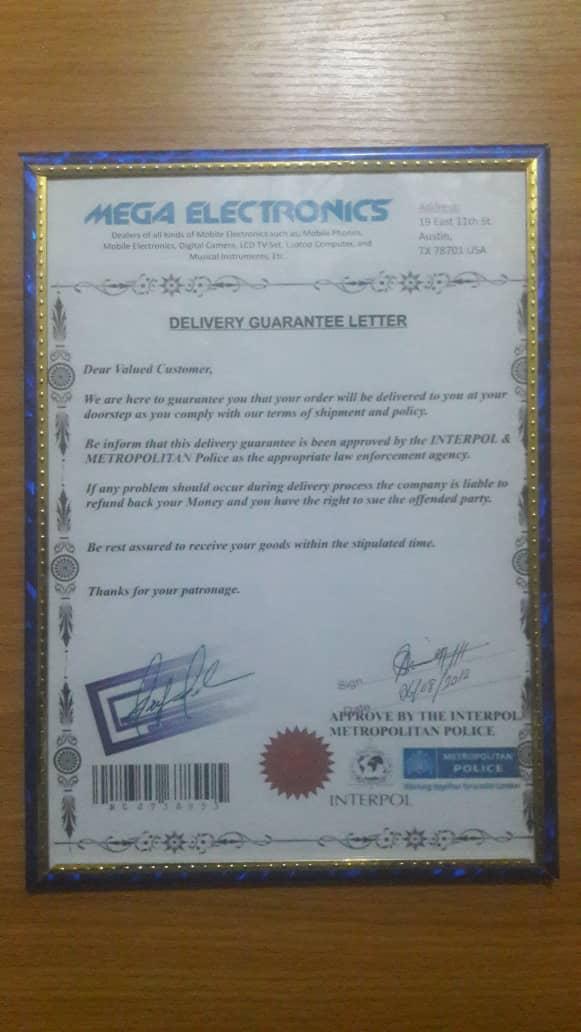 Rodney – Sep 16, 2020 It is all hoax. I am also it’s victim. They ask you to transfer money and then would in the pretext of some or the other thing, will say that you will have to pay more, then and then only it will reach to you. They are everywhere on Alibaba….

Calvin – Victim Location 90019 Total money lost $600 Type of a scam Government Grant A close family member of mine let me know that her friend worked with a loan forgiveness program, and gave me their information! Galo and Priscilla were the main scam artists assuring me that my school loans would be forgiven…