Receiving several phone calls from multiple numbers (Indian male and female) stating that my name and phone # was drawn to win a sum of money and prizes from Federal Bureau. Very hard to understand and the callers all spoke broken English. The multiple phone numbers listed Princess Ann MD under caller ID and also unavailable. The phone # that the calls came from included: 443.888.0774, 469.583.0971, 469.580.0794. Asked the callers several times to stop calling and that I was not interested and also requested to be removed from the list but they continued to call several times after that as well.

Type of a scam Tax Collection

Said they are calling for the IRS due to a overdue bill which I do not have.

Type of a scam Phishing

Received a call from numerous calls (which are included on the phone list) that I was randomly selected to receive $9,450.00 by the government. I asked them to provide me their identification number and they asked me if I was ready to write it down, I said yes, please give me your number and then they hung up the phone. The other time, I told them they were lying and then they hung up the phone. I hope they are caught. It sounds like a call center trying to rip people off. Hope you find them. Thank you. My cell phone said they were calling from New York. They also have been calling my cell and home number.

Peter – Victim Location 79788 Total money lost $825 Type of a scam Online Purchase CHARLES ROGERS WITH TRACTOR-SHED CALLED ME ABOUT AN ADD I HAVE IN MACHINERY TRADER FOR MY MOTORGRADER. TOLD ME HE HAS A SITE THAT CAN GUARANTEE A SALE WITHIN 90 DAYS. I GAVE HIM 825.00 FOR THE ADD TO BE…

Brendan – Victim Location 02170 Type of a scam Debt Collections I was contacted by phone by “McCormick locating service “ and given a toll free number to call which led me to weaver sheffer. They wanted me to “verify” my birthday or last 4 of my social in order to proceed. Supposedly someone has… 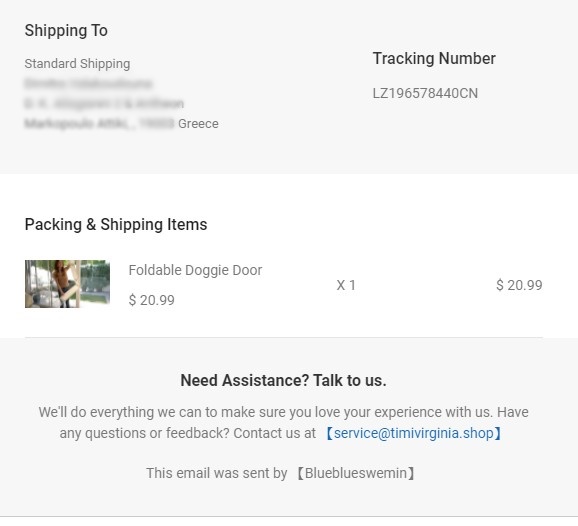 Hannah – Victim Location 95667 Type of a scam Online Purchase Answered craigslist add via text for a tractor that the asking price appeared to be lower than market value. Received a text saying the tractor was still available and it also asked for my email address so they could send additional pictures and their…

Jermaine – Victim Location 38016 Type of a scam Identity Theft Caller ask for last four of SSN number but caller knew our names also they want the last four of the debit card number and security code. Caller say I had some fraud activity on my card from LA California in the amount of…