Mail received (June 2015) from Asphalt Road Services (serving Alberta & Saskatchewan) Special Offer 5% with this flyer. We will be in your area for the next 14 days. Free estimates. I called (with some reservations) to get my free quote for my deteriorated concrete driveway. An appointment was made for Wed June 17 2015. A young man showed up moreorless at the appointed time (in a truck with a driver that did not participate at all – he sat reading a paper in the truck) The young man was friendly & excited. He heard the problems for the driveway, said the problems (overgrown grass, weeds etc. – would be no problem) “Paced off” the measurements of the driveway (instead of measuring it – 12 feet  x 42.5 feet) made a calculation on his hand-held calculator and said $4000. I reminded him of the “5% discount”. He recalculated & said about $3800 + 5% GST. I asked about paying with credit card. He said should be no problem paying with credit card. I asked about a warranty for the work. He said “Warranty? Oh, 4 or 5 years” There was no mention, ever, of “extras”. The price was more than I had anticipated for a cover-up asphalt driveway but I had procrastinated for a while so I said ok, go ahead. I realize now that there were red flags but he talked very quickly and made me feel that he was doing me a favour by being there at all. Shortly after the “big equipment” arrived and the crew quickly got to work before I changed my mind. I personally did not see them “pour diesel fuel on the weeds” in the driveway (this was told to me later by their supervisor) or apply the adhesive coating before laying the asphalt.

While the work was in progress the supervisor came to me with the paperwork (he tried, too hard, to be “friendly”  & was, in fact, overly familiar) but I was feeling uneasy about the speed (haste) at which the work was being done. The supervisor then said, “I guess we should talk about the  “extras”.  I said, “What extras?” “The sealing”, he said (again, not a word has been said about “extras” by the young man who gave me the quote). For $3990 I had assumed I would be given a professionally applied, attractive sealed asphalt driveway. “How much?!” I asked. “$1000” Said the supervisor. “No, I thought the sealer was included in the quote, I’ll pass on the sealer.” The supervisor then used “scare tactics” on me even though I had said “no”. He said I could apply the sealer myself but it was messy & expensive and I’d have to do it every year whereas their sealer would last for about 3 years or so. He then quoted a lesser price but it was still way too high. Finally, in exasperation, & feeling uneasy & angry, I said “ok”. I signed in the spot he indicated (assuming it was like a work order in a garage). Only later did I realize that I’d just signed a “release”  stating that “property owner or agent has inspected and satisfied with the job site” (The English error is theirs & the driveway was still under construction!). He then informed me that payment was by cash or certified cheque (no credit card). As I was filling out the cheque for $4500 he noted that the bank on my cheque was just a short distance away and said, “I’ll just take this to the bank & get it certified – that won’t be a problem will it?” The look he gave me put me on the defensive and I said “No”.

I asked about the warranty (the young man had said when he was making the quote, 4 to 5 years) and the supervisor informed me that there was no warranty on driveways. In fact the work order/release form, at the bottom, states: “No guarantee or warranty on vegetation growth in asphalt and no guarantee on base material (i.e. crushed or recycled asphalt and gravel) or water drainage”.

When I asked about the weeds that had been in the original driveway the supervisor said they had “poured diesel fuel on the weeds” in the driveway. He then stated that if I had any weeds to just pour diesel fuel on them, push them down & make sure I don’t pull them out or they’ll make a hole in the asphalt.

Two members of the crew then applied the sealer using wands & “wet” the new asphalt driveway (after rummaging in my garage to find a cardboard shield, which they then left for me to dispose of), to prevent overspray. The entire sealing of the still steaming asphalt took less than 5 minutes.

On closer inspection of the new driveway, after the crew left, I noted many imperfections in the asphalt (due to hastily rolling the hot asphalt). I have no doubt the “new” asphalt driveway is going to deteriorate to eyesore condition in a few short years. The thickness of the asphalt, over the old driveway, varies from  1.5 to 2 inches.

Diana – Victim Location 99205 Type of a scam Phishing This is the second call I received. She starts off aplogizing for a bad connection and asks if I can hear her. She then indicates she’s following up on my recent social security and disability follow up. This time I said I have never inquired…

Mitchell – Oct 05, 2020 Also ordered masks from this company and never received product after almost 2 months. All emails to company have gone unanswered. Fake email tracking sent from an French company (they are supposed to be based in California) will not respond or refund purchase. Total amount lost 65.00 Robyn – Sep… 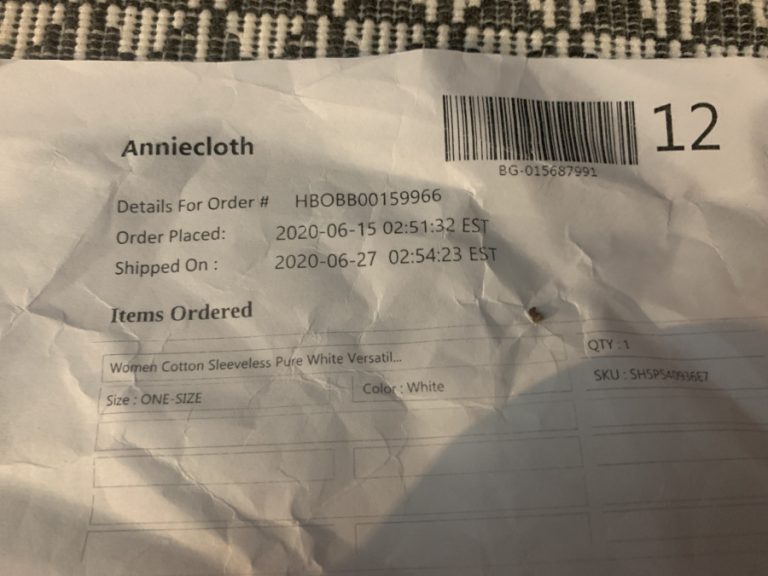 Joanna – Dec 01, 2020 I can’t believe I have been taken twice in a almost a month but it happened I placed 1st order November 14th they ask for street address but I get all mail at post office. They sent money back I tried again 2 weeks later and now I’m looking for…

Tasha – Victim Location 72106 Type of a scam Employment I signed up for a Secret Shopper assignment and was sent the assignment to send money over Money Gram in the amount $2500 to a Mike Marlon in Istanbul, Turkey 34000. I was sent a check for the amount of $2,875 to cover expenses. My…

Jon – Victim Location 10471 Total money lost $125 Type of a scam Employment I walked into a small white office and a woman sat at the front gave me a form then left, once i filled the form she called me into a small office where another man in a suit sat but did…

Sarah – Total money lost $100 Type of a scam Counterfeit Product I purchased shoes for my husband and waited over a month for it to arrive. I tried contacting them several times and no reply. The website says it has stores located in the USA, but contact info links to an Asian site.